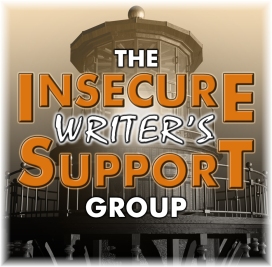 ISWG is kindly run and organized by Alex Cavanaugh and his super team make sure we are all sticking to the rules and keeping IWSG going! Why don’t you pop along and join the blog hop!

No real writing news from me. My wip is with my aunty being checked through for spellings etc. So no movement there she has almost had it for two weeks and im still waiting…
Writing life is pretty slow and borring. Though i did pass my insurance exam and now qualified to do bugger all! So it seems.
Ive applied for another mentoring programme… I’ve been joining in with some of the hashtags on twitter notable #writerstable and #organicwip

And ive been reading away on blog tours…
Question of the month:
What are the five objects we’d find in your writing space:
1: Mainly a pile of papers my husband needs to go through

3:Biscuits or chocolate depending on my mood

4:Note book if i’ve made notes that i need to work on pretty borring really.

I’ll attach a picture of the mess!

Wish I still had a laptop then things would be organised as it’ll be just my table with still the food and drink just less mess.
Or if I’m writing at work then its a totally different set up. As I’m supposed to be working haha
I hope everyone is well x 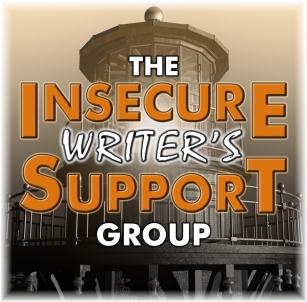 I went and meet up with the publisher in Burgess Hill of all places and it was nice, as they were the first people to give me PROPER feedback on my novel which was great! Alas I am now trying to add a whole chunk of stuff into the middle of my novel! AHHH which is proving harder than I expected as I’m like but the reader knows xyz so why is he even being arrested! Poor Detective… So that is where I am with my writing at the moment. Then I need to get it to the point of sending it to my poor aunty to read again! For all my wonderful spelling and grammar issues!

I’ve been reading a spy novel as well which hasn’t helped the writing, or maybe it has because it’s inspired me more than anything else! Which I guess has had it’s positives and maybe will help with the action scenes….

I have also been following some hastags this month such as #writertable and trying to join in with posts on there. Which I guess has been fun???

Anyway this months question: How has your creativity in life evolved since you began writing?

I’ve never really been a creative person, but then I say that I am working on my novel and I used to loom band. So maybe it has grown a bit more so over the past couple of years while I have been working on my novel. I guess I’ve been better at adding details into my novel that I would of more or less missed!

While I remember a guy that I follow as part of the flash fiction I sometimes do has released a book! So go and check him out! Iain Kelly

While I am also on the recommending streak, also check out M.Sean Coleman he has written two books The Cuckoo Wood and Hollow Skys both of which have been amazing! I love his lead character Dr Alex Ripley! We aren’t talking another Angela Marston no this is different kinda kick ass female lead!

ISWG is kindly run and organized by Alex Cavanaugh and his super team make sure we are all sticking to the rules and keeping IWSG going! Why don’t you pop along and join the blog hop!

There was also an interesting article on this months news letter on getting your book into a library so maybe join up and find out what it’s all about : )