For week two we were presented with a box,and we had to first think and discuss what we thought was the connection with all the items. Each box had a range of things inside, our had some post cards which looked like were written from a husband to his wife. We also had a Spur and a badge from the Sherwood Foresters and a Poppy. We then had to brain storm idea using an item. I chose the Poppy.

Did the Poppy know what her significance would be as she grew in the fields of Flanders? That her imagine and beauty would yield a new meaning and would inspire generations to come.

That during the months of October and November her imagine would be reproduced throughout the UK, on tea towels, and badges and even little note books. Millions of people would stand out in the cold November winds to sell her that old men would chase after children with stickers of her image.

She never released how much she could raise for those she began to symbolised.

That overpaid footballers would argue that they should be allowed to wear them during football matches; the every football team and their fans would stand and hold a minutes silence before the game began.

That she would be the reason Cubs and Scouts had to get out of bed early on a cold Sunday morning to go on parade, where they would stand near a war memorial to pay their respects, for something they often too young understand.

She never knew that she would be connected to royalty and the ever increasing risk of terrorism as royalty paid their respects.

That she could ever be up that close to some of the rich and famous of each era, I bet most people are jealous of how close she has been to Brad Pitt.

What if has been a Rose or a Sunflower that had grown that day, would the effect still have been the same?

She is glad she grew when she did, beating the other plants to the patch, to be used to commentate such a bloody battle and battles that were yet to come. 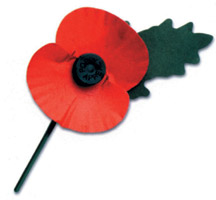 I signed up for some Creative Writing Classes thorough Derbyshire Adult Education in Long Eaton where I live.

We were presented with a Pepper Mint cream and we looked at using our senses. We split a piece of A4 paper into parts representing Touch, Feel, Hear, See and finally taste. We then had to write something and I wrote the following

She sees Green and Purple wrapper and the temptation I hold.

She knows what I am and where I am from, but she spots the Thistle and her friends surname so she knows I must taste good.

I know she wants to open me, but how long will she be able to resist my temptation for as she raises me to sniff my aromas… 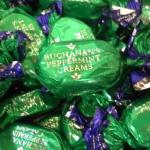